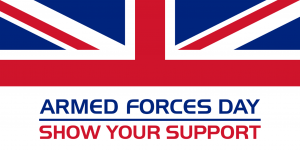 Whitby is hosting one of three co-ordinated flag raising events to mark the start of Armed Forces Week on Monday 20 June 2022 as part of the national celebration, which is being held in the Scarborough Borough this year.

Planning for the event has been coordinated by the Army. All those taking part have been informed. There will be opportunities to view the ceremony from the pavement around Dock End, but the roads remain open throughout.

The programme for the event at Dock End is:

Accounts for the year ending 31 March 2022 - The town council approved its accounts for 2021/22 and its statutory Annual Governance and Accountability Return (AGAR) at its meeting on 21 June 2022, subject to audit. Sections 1 and 2 of the AGAR are attac… bit.ly/3OnDNJ6

Outcome of Town Poll - Scarborough Borough Council has published the Notice of Result as declared by the Returning Officer for the Whitby Parish Poll which took place yesterday (Monday 13 June 2022). bit.ly/3ObkClp